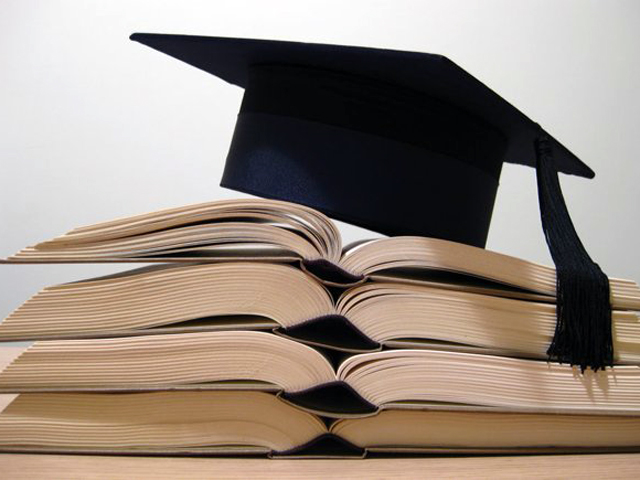 The day has finally arrived … I have completed and received full academic approval on section #1 of my dissertation. For most of you, you’re reading this and saying, “what does that even mean”. Don’t worry, I’ll explain.

Now that you know what a doctoral study is, I can explain what completing section #1 means. Specific to the university that I’m pursuing my DBA, they have crafted a structured guide to help students get through the doctoral study process; this guide is broken down into three sections: Prospectus, Proposal, and Application.

SECTION 1: The prospectus serves are the foundation of the study, defining what specific problem you’ll be studying and proving that there is a need for this problem to be studied. It also outlines the specific research methodology that the student will be using as well as defining the conceptual framework for the study. In a nutshell, the prospectus set the stage for what and how you will address the topic in your doctoral study. Having this section approved means that I can move on to the other sections of the doctoral study (yay!).

SECTION 2: The proposal is mainly focused on reviewing the literature that has previously been written regarding the topic you’re studying. This means you have to do a lot of research – A LOT of RESEARCH. I have read more journal articles than I care to admit. The point of the literature review is that the student becomes an expert in the topic they are studying. In addition to the review of the literature, section #2 focuses on who will be the participants in my study and how I will capture the data (whether quantitatively or qualitatively). I have completed this portion of my dissertation and am awaiting approval.

SECTION 3: The third and final section of the doctoral study is the application. This is the fun part. In this portion, I will conduct the research associated with my study and report my findings. If everything goes as planned, this section will be full on fabulous information and strategies that retail store managers can use engage customers as they shop their brick-and-mortar stores. You’ll have to stay tuned for more details on that.

Now that you understand the framework of my dissertation, having completed and received approval on section #1 is a BIG DEAL. More to come with section #2 and #3.

It is in our human nature to have frustration. It can be small or large, but regardless the size, frustration will exist. Take the example of an everyday occurrence of driving to work; in my short 25-minute drive each morning, I encounter frustration at multiple levels. It could be that I’m running a few minutes later than I expected, or the fact that I have to stop and get gas, or the numerous poor choices by other drivers that I might encounter (that’s my way of politely saying there are some really bad and stupid drivers on the roads). My point: we all have frustration in our lives.

As I was thinking about how to overcome frustration, I contemplated the root cause of frustration. Why do we get frustrated in our personal lives or at work? My conclusion was that we are often frustrated due to a lack of our expectation being fulfilled. Thinking about that for a moment … we typically have an expectation of how an interaction will play out or how a conversation will go, but when the outcome is not as planned, we become frustrated with the situation. Take my wife as an example (please don’t tell her I used her as an example). She is a planner; she knows what the plan is for each day, when the kids need to get up, the exact time that she needs to leave the house so the drop off as school will go smoothly, when she needs to start a load of laundry so it will be ready to at the exact time she returns home from picking up the boys at school – you get the point. This idea of planning also plays into our relationship. It drives her crazy that my work schedule is unpredictable; sometimes I’m home by 5:30p and other times I’m home at 7:30p (there is the rare occasion that I show up at 4p as a surprise to her). As my wife is planning her day, she makes assumptions about what time I might be home; based on those assumptions, she plans pieces of her day (i.e. when to have dinner ready). What often happens is that I fail to meet her expectation of arriving at home by 5:30p; this messes up her plan and creates frustration.

What’s interesting about the example of my wife’s frustration is that the expectation is often not articulated. I don’t mean to say that we don’t communicate; that’s not it at all (in case you’re wondering by now, my wife and I have a fabulous relationship … I’m simply using her as an example to make a point). It’s that we don’t walk through the exact details of when I’ll leave the office, how traffic will be on the way home, and subsequently, what time I’ll be home on a given workday. When her expectation isn’t meet, she becomes frustrated.

Thinking about the example of my wife and why she becomes frustrated, I drew a parallel to the workplace. Because there are so many players and different personality types, the workplace can often be frustrating. If I consider the recent frustrations I’ve encountered at work, many of them occurred because my expectation was not met. That got me really thinking … am I clearly articulating my expectation to my team and my peers? If I did, would my level of frustration decrease? Would my overall level of job satisfaction increase? Would I become more pleasant to be around?

As I was contemplating this, I came across a new podcast by Adam Grant. Just a quick plug for Dr. Grant, he is one of my favorite social scientist; he provides some great insights into how people work and how to be a better all-around human. Back to the podcast … this particular episode was focused on radical transparency. This idea of radical transparency is about the idea of everyone knowing everything, you say exactly what is on your mind without hesitation; coaching of associates happens in public  and there’s no need to shield the truth at any level. To better understand radical transparency, Grant interview Ray Dalio, CEO of Bridgewater Financial. Bridgewater is a hedge fund created by Dalio that manages assets in excess of $16o billion; Dalio’s net wealth is estimated to be over $3 billion. To say he has been successful is an understatement. One of the elements that Dalio attributes to his success is radical transparency. In his interview with Grant, he uses the example of employee coaching to showcase just how serious he is about radical transparency. In his example, he shares how his senior leadership team discusses their manager’s performance in an open forum; this open forum isn’t just with the senior team but also with all the managers. In this example, the senior team show a list of the worst performing managers and then they begin to criticize and critique that managers performance (just as a reminder, the manager along with their peers are all in the room for this discussion). If I’m being real (and transparent), I’m not sure I could handle that kind of honesty. The key to this example is that there was no room for misunderstanding or the creation of frustration due to the lack of performance; the expectation was clearly set and when it was not met, a discussion was had (albeit in a very open and public forum).

The Dalio example is certainly the extreme in most organizations. But, it got me thinking … was the frustration that I have in the workplace a reflection of my lack of transparency? Could I  use radical transparency to help eliminate some of my frustration? I put it to the test last week to see what would happen. Let me share with you the outcome of my test. Please take note of this, I am purposefully leaving out many of the details of my example as sharing those would be unethical. The details are not important but rather my learnings.

Here’s my example: I had a scheduled meeting with a portion of the leadership team; typically in this meeting, we discuss business performance and any other initiates that the team is working on. Rather than approaching this meeting with “business as usual”, I scrapped the agenda (I was never the football-playing type but think of this as an audible). As I sat down and started the meeting, I set the stage for how I was going to focus on the things I need help with. As I set this up, I was very honest and told the team I was using radical transparency to express where I was having challenges and when I needed the leadership team’s help. I have to pause here and say, this was a big deal for me; this goes against the organization’s culture and it’s not typically how I work. Let me provide clarity for that comment: I consider myself to be an authentic leader and exercise transparency often; it’s the radical aspect that was difficult for me – being very direct and transparency with my team is one thing (that’s common) but offering this level of radical transparency with a portion of the senior leadership team is not overly common for me or for the organization. As the conversation began to take place, I found myself becoming more comfortable with the level of detail and transparency I was offering. Not only had I gained a level of comfort, the room seem relieved that they were being provided with this level of detail. Rather than having those in the room attempt to interpret what was creating frustration, the level of transparency I was offering allowed us to focus on the root issue quickly and then we began discussing how to overcome those issue. Our conversation suddenly became much more productive.

My hope is that this example will help you think about radical transparency in a different way. Maybe you don’t go to the extreme of radical but try being just a little more transparent; how might that reduce your frustration, make conversations more productive, and ultimately lead to better business outcomes? Try it, see how it goes.